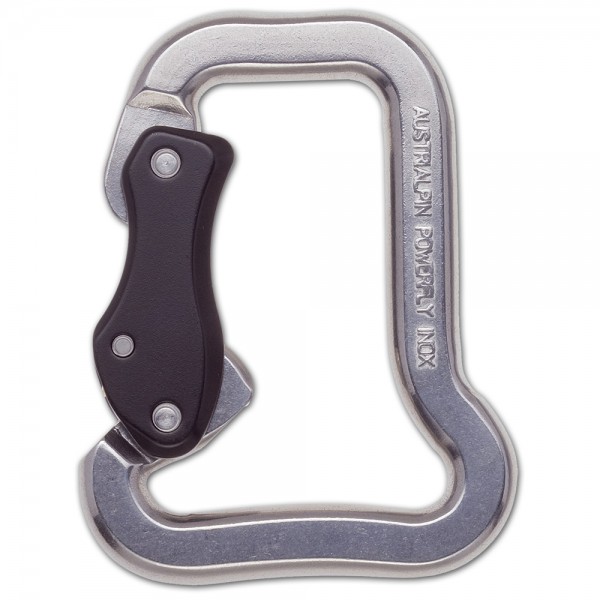 The AustriAlpin POWERFLYS is suitable for harnesses with a webbing loop width of 45 mm.

Info: During flight, airsport karabiners are exposed to permanently changing loads. By taking measurements at paragliders, the DHV has asserted that these load variations are between ten and more than 110 kg and that they can occur up to 26 times per second.
Construction- and production-conditioned, conventional karabiners exhibit a greater or lesser gate play. The catch of such a karabiner thus becomes actuated by gravity only at tensions between 25 and 110 kg. This means that within the range of the gate play, the karabiner is loaded during flight as if its catch was open.
The thus resulting high dynamic loads make it necessary to replace the karabiner every one- or two years in order to preclude a material fatigue failure.